You might’ve heard by now – the Santa Rosa County Commission has cancelled the appeal hearing set for the 9th of September, which had been set to reconsider County staff’s improper denial of our permit request to operate in South Santa Rosa County. They cancelled the meeting, despite receiving 2️⃣3️⃣9️⃣1️⃣ 📧emails from citizens like you in less than two weeks, urging them to give us the permit.

🔘While we are disappointed that the decision makes the Commission look as though it is ducking responsibility, we certainly aren’t deterred.

👩🏼‍💼Santa Rosa County seems to be having a rough go of things on the legal scene these days. We get it, it can be hard to find reliable lawyers.

💔After first breaking up with lawyer #1 over the mishandling of our last permit application, and being given the cold-shoulder by lawyer number #2; the County is now in a relationship with lawyer #3. He’s a rather dapper (💸read expensive hourly rate- that you are paying for💸) gent from the Capital City. And while things started off swimmingly, the relationship already seems to be hitting rough water. Lawyer #3 must have been doing more talking than listening on the first date and missed that part over dinner when the County told him that she’s not always well organized and her code of ordinances is admittedly a bit of a mess.

🚨You see, you can’t just assume that all the County’s ordinances have been properly codified, because like some other things in Santa Rosa County, the ordinances aren’t exactly in order.🚨

😬😳What lawyer #3 missed in his haste was that little ordinance adopted in 1989 that grants every applicant for a solid waste permit the RIGHT to an appeal before their elected officials if their permit is rejected by unelected staff- which seems completely reasonable and totally American ❌. And while we have no doubt that lawyer #3 is a sharp chap (just look at that hourly rate after all…) we must insist that he do a little more careful listening on future dates if he expects to get very far with our County.

To that end, we will file a writ of ✨Certiorari.✨

I had to look this one up when Nathan told me that’s what we did (cause up until about 45 minutes ago, I had no idea that was a word). Basically, it means that we have summarized this obviously innocent mistake for review by a circuit court judge and asked that the judge kindly direct the County to hold the hearing that is clearly required by County Ordinance. No dodging this time either!

Whenever the County is able to get their ducks in a row and reschedule the hearing – we’ll be sure to let you know. Until then, here is what you need to know:

🗑Our twice-weekly trash service will start on October 1st in South Santa Rosa County. That’s not changing or going to change.

👍 We are still taking sign-ups though we will likely run out of space before the end of September with our initial start-up capacity so sign up soon. .

💪We still won’t be intimidated by lawsuits from billion-dollar waste company bullies.

👀We won’t be deterred by cancelled meetings either.

Join us, sign up today to be a part of the change that needs to happen in Santa Rosa County. 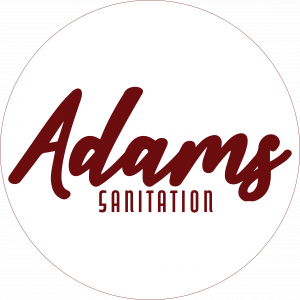 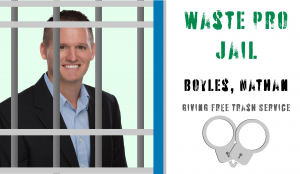